The Rahmi M. Koç Museum is a private industrial museum in Istanbul, Turkey dedicated to history of transport, industry and communications. Rahmi M. Koç, member of the wealthiest dynasty in Turkey and retired boss of the Koç Group, founded the museum in 1991, which was opened on December 13, 1994. The museum is located in the suburb of Hasköy on the north shore of the Golden Horn and situated in two historical buildings connected to each other. It is open to public every day except Monday. The museum's general manager is Ertuğrul Duru.

A sister museum, but smaller in size, the Çengelhan Rahmi M. Koç Museum opened its doors to the residents of Ankara in 2005. 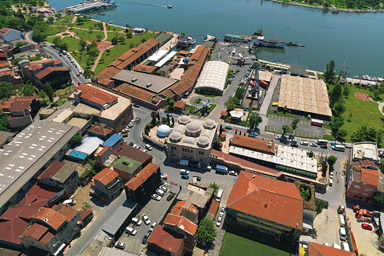 A visit of Rahmi Koç to the Henry Ford Museum in Dearborn, Michigan, United States inspired him to create this museum. The Koç Foundation bought the first museum building in 1991, which was left derelict and seriously damaged after a roof fire in 1984. This building (in Turkish: Lengerhane), was initially used for casting anchors and chains for the Ottoman navy, during the rule of Ahmet III (1703–1730). It was restored during the reign of Selim III (1789–1807) before passing into the ownership of Ministry of Finance in the Ottoman Empire. During the Republican era, the State Monopoly and Tobacco Co. then used the building as a warehouse until 1951. The Koç Foundation spent two and half years for the restoration work of this class II historical monument.

In July 2001, the museum opened a new building to improve the display of its collection of industrial and scientific artifacts. This new section was a disused historical dockyard, founded in 1861 by the former Ottoman Maritime Company (Şirket-i Hayriye) for the maintenance and repair of its own ships. The Koç Foundation bought the building in 1996.

The two buildings are on the same road, on opposite sides: the dockyard part of the complex is on the shores of the Golden Horn. A glass-sided ramp leads down to the basement exhibition area of the Lengerhane. 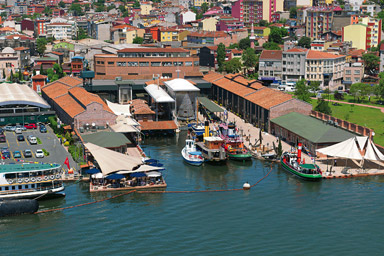 Most of the items exhibited in the museum are selected from Rahmi Koç's private collection. Other objects are either borrowed from or donated by various organizations and individuals. Original machines and their replicas, scientific and mechanical items make up the basis of the museum's exhibits. 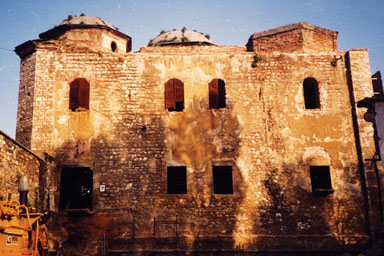 "Leonardo, the universal genius" was the title of the ever first temporary exhibition featuring a collection of 40 full-sized artworks, all created from the original drawings made by Leonardo da Vinci. The reproductions of machines are envisaged in the famous "Codex Leicester", a collection of largely scientific manuscripts of Leonardo written between 1478 and 1513. The exhibits were grouped in five broad categories: Mechanisms and the four ancient elements of nature, Earth, Water, Air and Fire. The "Mechanisms" section included inventions pertaining to everyday life such as gears and lifting systems. A printing press and robot design were displayed in the "Earth" section. In the "Air" section, parachutes and flying machines like the ornithopter bicycle were on display. The "Fire" section showed machines of war, cannons and machine guns, and water-related inventions such as the Archimedes' screw made up the "Water" section. All displays were in functioning condition, and the majority could be operated by the visitors themselves, making the interactive exhibition cultural, educational, and also fun. The show was held from November 1 to December 31, 2006. A few items were also on show at the Çengelhan Rahmi M. Koç Museum in Ankara. 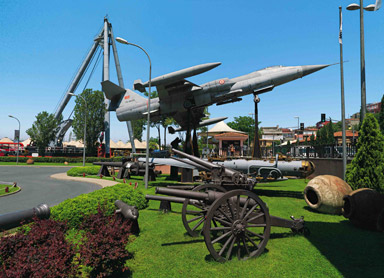