Muhammad Ali Pasha (known in Turkey as Kavalalı Mehmed Ali Paşa) who was sent to Egypt first as a military commander and later as a governor soon established hiscomplete hegemony over the region and opened a new epoch in its history alwaysmaintained relations with Istanbul, and his descendants followed suit. 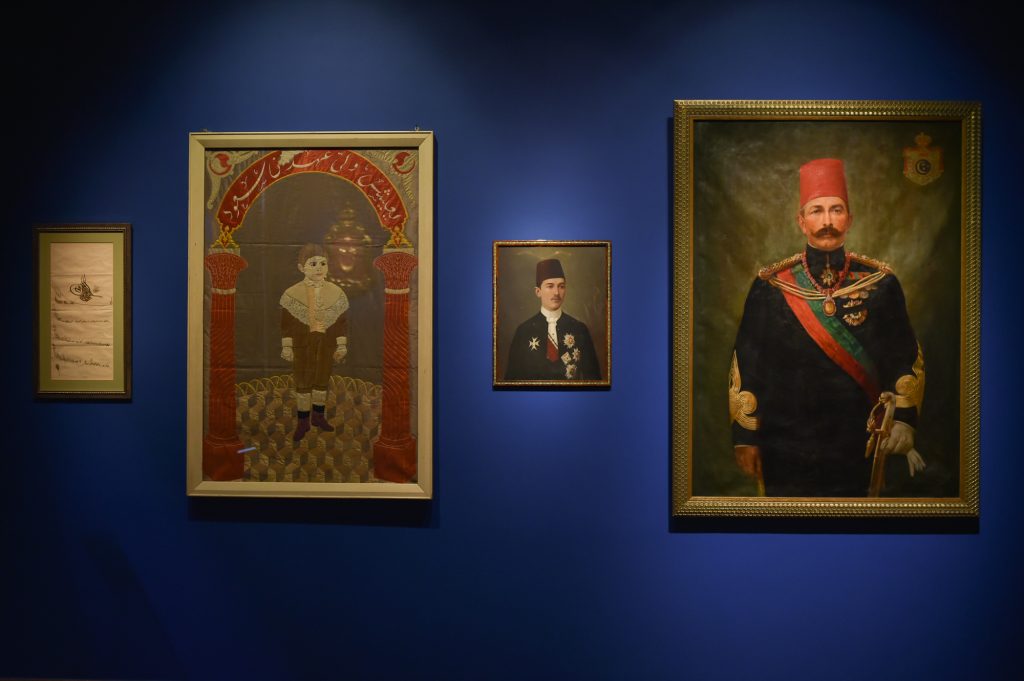 Atlı Köşk, designed by the prominent contemporary architect Edoardo De Nari in 1925, on the order of Prince Muhammad Ali Hassan and which now hosts the Sakıp Sabancı Museum affiliated to the Sabancı University hosts today an exhibition reflecting the daily life and history of its original owners, members of the Muhammad Ali Pasha Dynasty. This exhibition of photographs and personal belongings of the members of the dynasty of Muhammad Ali Pasha of Egypt in the Prince Muhammad Ali Hassan Mansion, now known as “Atlı Köşk” (Mansion with the Horse), itself a legacy of the same Dynasty, which once left its mark on Istanbul bears witness to the golden age of the family. The memorabilia of the family, which was among the prominent actors of Istanbul’s daily life and cultural environment in the nineteenth century when tradition and novelty were intermingled and whose influence on social life extended to the years of republic shed a light on the family’s past as well as providing a glimpse of the country’s history.

The Muhammad Ali Pasha family, both laid the foundations of modern Egypt and contributed to the transformation of intellectual and cultural spheres in Istanbul, a city with which they always maintained connections. They always had close links with Europe for purposes of education, politics and travel, influenced the Ottoman Court with their grandiose lifestyles and European fashions they closely followed. The fact that Muhammad Ali Pasha who spoke Turkish and had a typical Ottoman perspective adhered to the Ottoman cultural path played a role in this.

Photographs of the Dynasty members shed light on a century while a wide array of their personal belongings show how their rule was reflected in daily life. Household items bearing their insignia and made to order by the famous European companies are symbols of their standing as a dynasty. The three stars on the coat of arms of the Khedives represent the family’s rule over Egypt, Darfour and Sudan and a selectionranging from silver trays to silk fabrics allows a glimpse to the grandiose lives of the Dynasty members.