The Turkish economy has shown remarkable performance with its steady growth over the last decade. A sound macroeconomic strategy in combination with prudent fiscal policies and major structural reforms in effect since 2002 has integrated the Turkish economy into the globalized world, while transforming the country into one of the major recipients of FDI in its region.

The structural reforms, hastened by Turkey’s EU accession process, have paved the way for comprehensive changes in a number of areas. The main objectives of these efforts were to increase the role of the private sector in the Turkish economy, to enhance the efficiency and resiliency of the financial sector, and to place the social security system on a more solid foundation. As these reforms have strengthened the macroeconomic fundamentals of the country, the economy grew with an average annual real GDP growth rate of 4.7 percent over the period of 2002 to 2014. 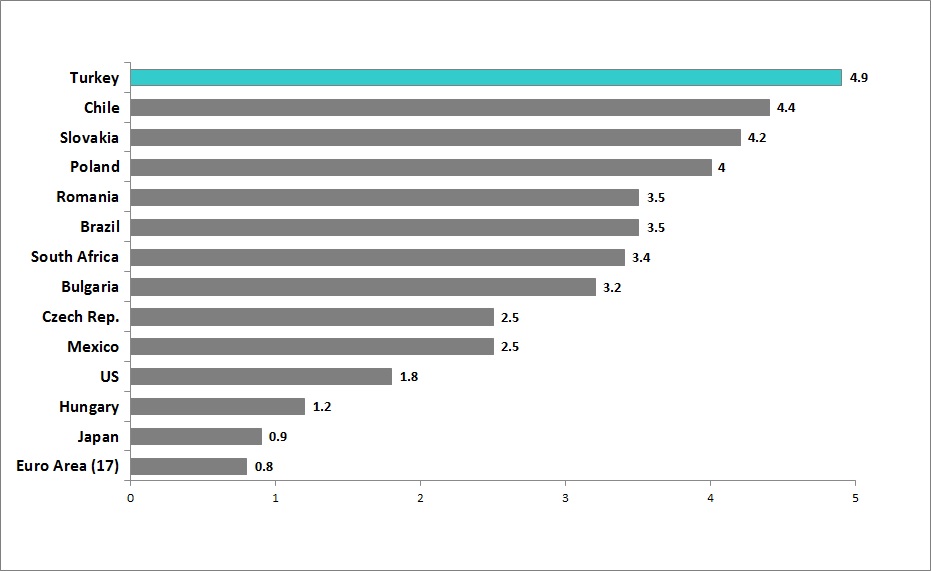 Moreover, Turkey’s impressive economic performance over the past decade has encouraged experts and international institutions to make confident projections about Turkey’s economic future. For example, according to the OECD, Turkey is expected to be one of the fastest growing economies of the OECD members during 2014-2016, with an annual average growth rate of 3.6 percent. 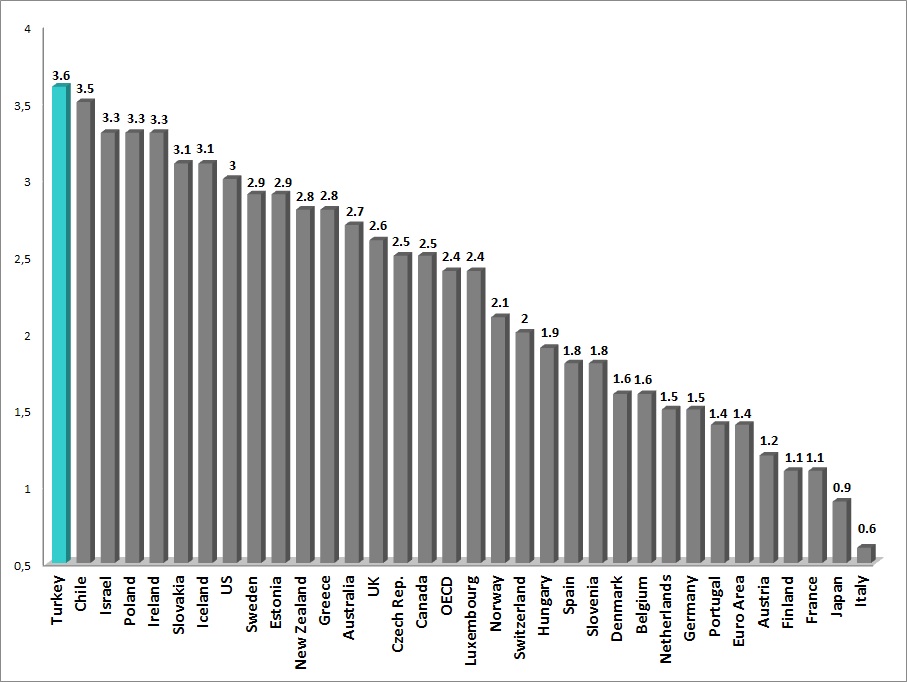 Together with stable economic growth, Turkey has also reined in its public finances; the EU-defined general government nominal debt stock fell to 33.5 percent from 67.7 percent between 2003 and 2014. Hence, Turkey has been meeting the “60 percent EU Maastricht criteria” for public debt stock since 2004. Similarly, during 2003-2014, the budget deficit decreased from more than 10 percent to less than 3 percent, which is one of the EU Maastricht criteria for the budget balance.

The visible improvements in the Turkish economy have also boosted foreign trade, while exports reached USD 158 billion by the end of 2014, up from USD 47 billion in 2003. Similarly, tourism revenues, which were around USD 14 billion in 2003, exceeded USD 34.3 billion in 2014.

*Robust economic growth with an average annual real GDP growth of 4.7 percent during 2002-2014